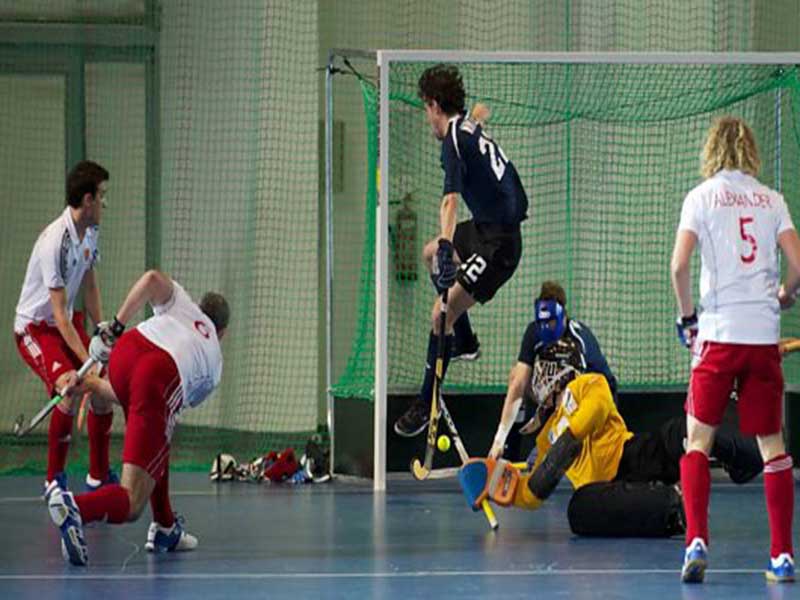 Hockey, a team sport that uses hockey sticks to score, is played at a special hockey field or in a hall. During the periods September up to and including December and March up to and including June, hockey is mainly played at the field. The other months it will be played in indoor sporthalls, so the game can still be played. Due to the fact that those indoor goals are a little smaller that the fieldhockey goals, we do have a so called indoorhockey goalnet.

This green indoorhockey goalnet is especially made for indoorhockey games and is suitable for a hockey goal of 3×2 m. The net is strong and flexible and it hangs very well. You attach the net to the goal. The depth of the indoor fieldhockeygoalnet is 0.9 m, both at the top and at the bottom. Whether you want to play hockey recreationally or are looking for a net for professional use, Howitec Netting has your customised net.